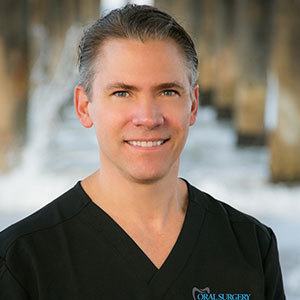 Wanting to pursue a profession in oral and maxillofacial surgery, Dr. Westernoff continued his education at the University of California, San Francisco (UCSF) residency program and the UCSF School of Medicine. During his six years at UCSF, he completed oral maxillofacial surgery training, obtained his medical degree (MD) and finished a year of general surgery training. In addition to his extensive education, Dr. Westernoff was activated and promoted to the rank of major in the US Army where he served for three years as full-time hospital staff at William Beaumont Army Medical Center. While there, he practiced full-scope oral and maxillofacial surgery. He was deployed in 2005 during Operation Iraqi Freedom and served at a Combat Support Hospital in Mosul, Iraq. Dr. Westernoff received a Meritorious Service Medal for his outstanding service while in Iraq.

Dr. Westernoff completed board certification for both the American Board of Oral and Maxillofacial Surgery and National Dental Board of Anesthesiology, and he currently holds diplomate status in both organizations.

After completing nine years in the US Army Ready Reserve and three years of active duty, Dr. Westernoff and his wife elected to move back home to Southern California, where they are raising their family and continuing their professional careers.

Dr. Westernoff is affiliated with the following professional organizations: