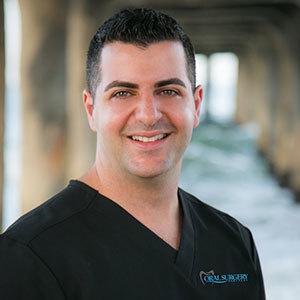 Southern California native Martin Mardirosian graduated from the University of California, Los Angeles with a bachelor’s degree in Biology. He earned his Master of Science in Oral Biology & Medicine, as well as his Doctor of Dental Surgery (DDS) degree from the UCLA School of Dentistry, all while on the Dean’s Honor List. He then went on to earn his Doctor of Medicine (MD) degree at the UCLA School of Medicine and completed his residency in Oral & Maxillofacial Surgery at the UCLA School of Dentistry, along with a year of general surgery residency at the Ronald Reagan UCLA Medical Center.

Martin and his wife, Sharis, have been happily married since 2014 and recently welcomed their son, Leo, in April of 2017. In his spare time, Dr. Mardirosian enjoys working with computers, snowboarding, cycling, cooking, and running with Teddy — the Mardirosian family’s Golden Retriever.

Dr. Mardirosian is affiliated with the following professional organizations: